Advancing a Social Narrative with Pride in Nigeria 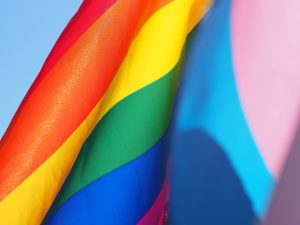 Members of the LGBTQ+ community in Nigeria have faced decades of discrimination and injustice. A 2013 Pew Research survey revealed a staggering statistic—98% of the Nigerian population opposed homosexuality, the highest level of discrimination based on sexual orientation on the African continent. The following year, then President Goodluck Jonathan signed the Same Sex Marriage Prohibition Act (SSMPA), which establishes recommendations for up to 14-year sentences for individuals participating in any form of homosexual activity. In spite of the challenges, activists are fighting against the government’s policies in an effort to change the social narrative toward inclusion and acceptance.

The Initiative for Equal Rights (TIERs), a Nigerian nonprofit established in 2005, is a leading advocacy organization challenging the government’s discriminatory policies. TIERs works to build a society where human rights are guaranteed to all, regardless of status, identity, orientation, or affiliation. A CAF Canada project launched in 2019 established a partnership with TIERs to support SSMPA litigation, media engagement, and public awareness with the goal of revoking SSMPA.

To this end, TIERs works alongside the lead counsel and the team of lawyers who represent the case of 57 innocent members of the LGBTQ+ community at the Federal High Court Lagos. In addition to its direct support of legal action for enduring social change, TIERs also engages in a bottom-up approach of building broad public awareness about the SSMPA case. Shifting the narrative to dispel the stigma around Nigeria’s LGBTQ+ community, TIERs is working with a media agency to ensure proper, fair, and transparent media coverage. The project supports a series of  media roundtables with journalists and bloggers before and after legal proceedings for transparency as the case develops. Reaching a point where members of the LGBTQ+ community aren’t represented negatively in the news is a short-term goal and the beginning of an ongoing effort to change perceptions to build an inclusive society.

Since 2005, TIERs has championed public education through documentaries, online discussions, and an annual public symposium on human rights, sexuality, and the law. Together with the larger movement for social progress, the organization envisions a potent mix of legal action, resonant personal stories, and striking data behind social injustice in Nigeria’s LGBTQ+ community tipping the scales of public sentiment toward a more inclusive future in the country, and beyond. To learn more about their human rights initiatives, visit https://theinitiativeforequalrights.org/.