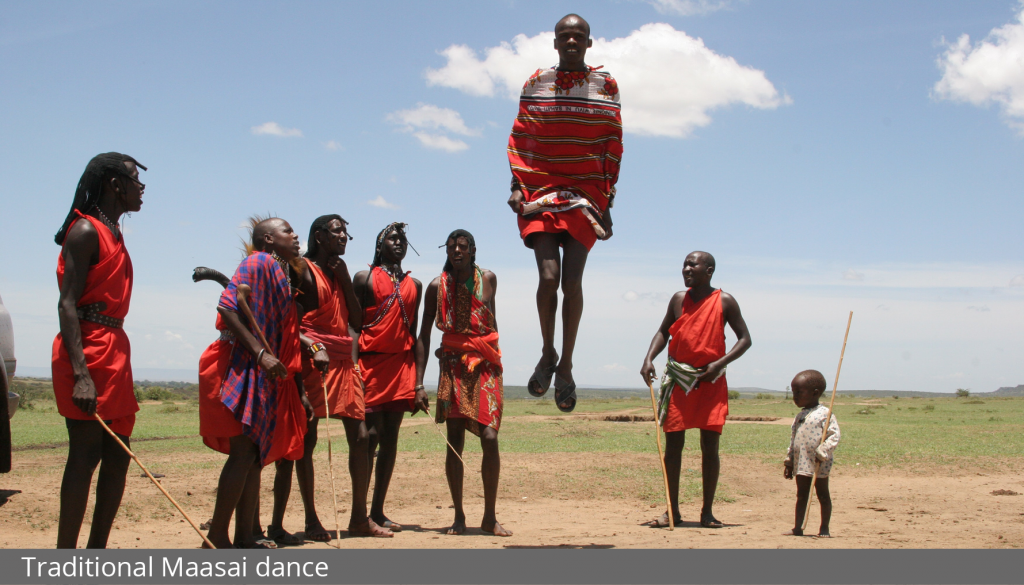 The word mara—meaning spotted in the Maasai language—describes the landscape of short, bushy trees dotting the Maasai Mara Reserve in western Kenya. While this region is marvelled for its rich ecosystem and revered as the cradle of civilization, the way of life for inhabitants of the great Kenyan savanna is under threat from pressures including poaching, human-wildlife conflict, habitat degradation and loss, and now COVID-19. When the pandemic-induced shutdown crippled the tourism industry in early 2020, the primary income for the Maasai community living and working on the reserve abruptly ended.

Thanks to the Nashulai Maasai Conservancy, which is situated on 5,000 acres of the Maasai Mara Reserve, the community continues its important conservation work. Since its establishment in 2016, the Conservancy has been dedicated to conserving wildlife, preserving local culture, and terminating the cycle of poverty. The organization accomplishes this by using a mixed-model conservation system that promotes the coexistence of people and wildlife through traditional Maasai land management practices.

When the conservancy began operations in the reserve, Maasai land managers tore down colonial-era fences to restore the open savannah. By maintaining grazing herd sizes and reverting to a seasonal grazing schedule, the Maasai people have set in motion a positive chain reaction for the ecosystem. Maasai community members are employed as scouts to patrol the conservancy and protect against illegal poaching. Their intimate knowledge of local ecology and wildlife migratory patterns make them invaluable in this role.

With the Maasai community employed and empowered as land stewards, the conservancy is effectively protecting cultural resources as well. The construction of a Maasai cultural center will soon be complete, enabling the community to celebrate their culture and educate visitors about the Maasai and their work in the conservancy. At a time when so many displaced indigenous communities have seen their lands and culture deteriorate, the conservation program has become a revitalizing force.

It is widely recognized that traditional communities, and this one in particular, have struggled to adapt to the pressures of the 21st century. With an eye toward the next generation of local leaders, the conservancy implements programs for local youth to eliminate the cycle of poverty. The Nashulai Women Empowerment project, for example, gives young women and girls access to education through the on-site Mara Learning and Development Centre. The project is sparking a conversation in the community around the benefits of education, particularly the critical importance it plays in the early development of local girls.When the pandemic became a global concern, tourism came to a standstill. The community was facing food insecurity as it relied so heavily, approximately 90%, on tourism through the conservancy. With resource scarcity worsening each day, the health and livelihood of the community was at risk.

In March 2020, committed donors stepped in to support a CAF Canada project focused on supplying the conservancy with weekly food packs for 150 households for three months. Funds were also allocated to build community greenhouses and vegetable gardens. With the donor listening closely to needs on the ground, the response provided immediate relief for a community suffering the far-reaching effects of the pandemic. An education campaign was also set up to promote social distancing and proper hygiene measures to slow the spread of the virus. The campaign used both radio and road caravans as a means of communicating the safety measures to the community. Finally, the conservancy undertook the unique measure of turning the safari lodge into a temporary isolation shelter and medical station. With the absence of proper medical facilities nearby, this building has become a crucial facility for the community to limit the impact of the virus.

By employing a holistic approach to conservation, the Maasai Nashulai Conservancy restored a threatened ecosystem. The conservancy used a similar systems-approach to address challenges presented by the global pandemic, which has helped the community sustain the richness of its culture. It is an example of effective conservation that should be emulated. The Maasai are a resilient people who have dealt with hardship before and, with the right support, will emerge on the other side of the global pandemic as a stronger community with ancestral lands intact.