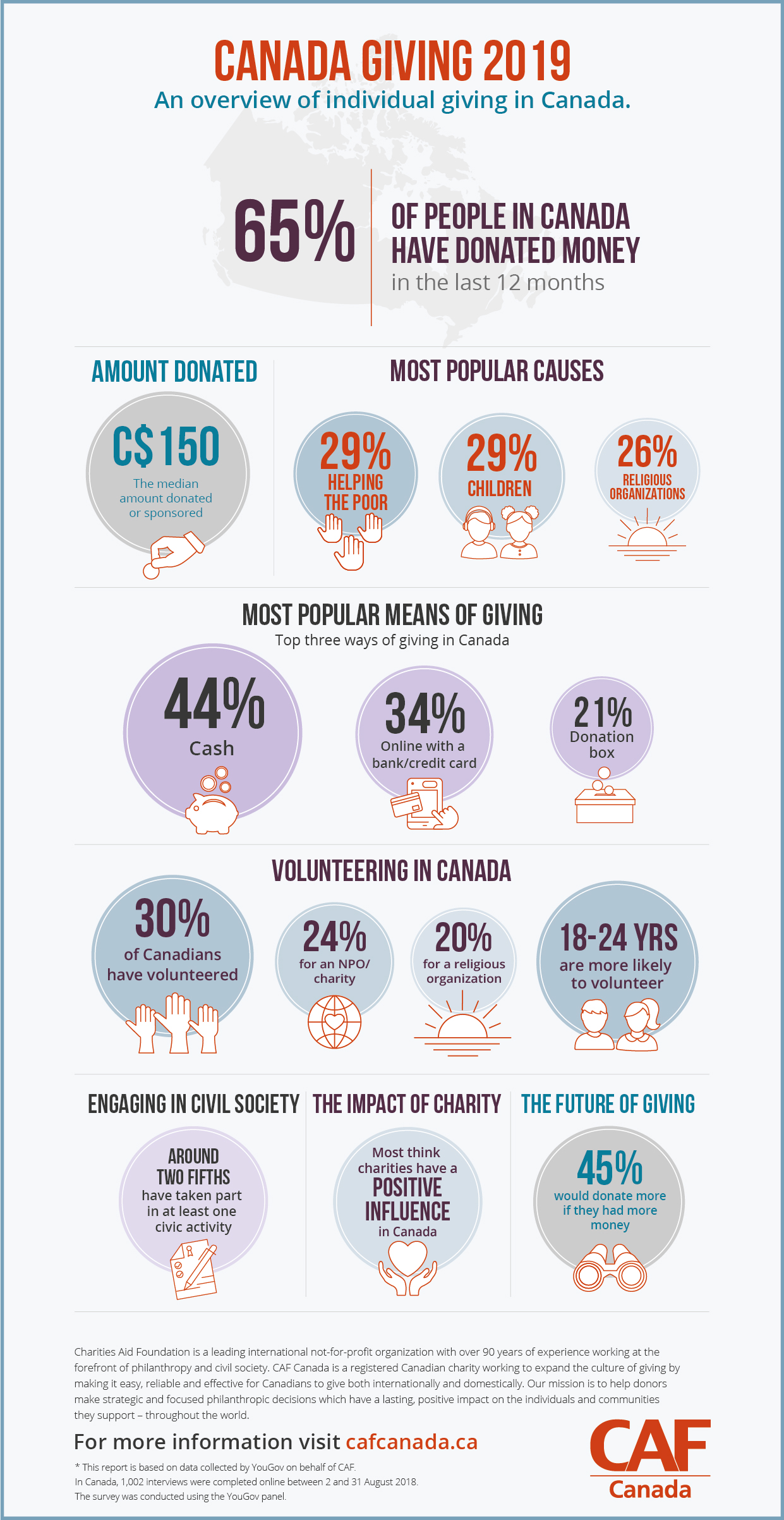 We are delighted to launch the Canada Giving 2019 report, looking at how individuals give across Canada.

The Canada Giving 2019 report provides unique insight into how people give, their motivations and which causes they support. 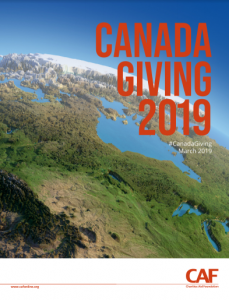 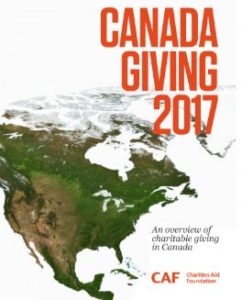